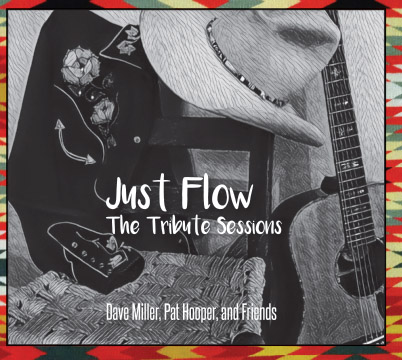 This musical journey began some years ago when my great friend and long-time picking pal, Pat Hooper, and I decided to take some of our original tunes into the studio and pull together a record that reflected the joy we always found in playing and singing together. We began working with Davis McCain at Memphis’ iconic independent studio, Easley/McCain, where we captured the rhythm, bass, and lead vocal tracks for the songs. Then tragically, on April 2, 2014, Pat passed away.

Pat and I played together for about 30 years, off and on, touring together in the hillbilly rock fusion band, Gumbo, in the 70s and 80s. Pat performed his entire adult life in countless combos, touring back-up bands, traveling family shows, and played in venues across the U.S. and Canada. His sudden death broke the heart of the community that loved him so much. It also meant the tracks lay untouched for 2 years and the future of the project looked uncertain at best.  ‍Musician friends that I spoke to encouraged me to finish the project and offered their help - Gumbo bandmates, players who had traveled the same circuits, Pat’s friends. Without exception, these are premier players and singers that have decades of experience on stage and in the studio and who wanted to be a part of finishing what Pat and I had started. ‍The project, including some additional recording with Davis at Easley/McCain and a week-long session at Howlin’ Dog Studio in Alamosa, Colorado, evolved into a beautiful labor of love that I believe shines through in the music. With the help of some talented studio players and singers from the San Luis Valley in Colorado and most especially the quiet expert guidance of Don Richmond at Howlin’ Dog Studios, who produced the final master and played numerous instruments throughout the tracks, Just Flow – The Tribute Sessions is ready to meet the world. ‍If Just Flow sounds to you like a group of great friends getting together after many years to play, sing, create, and reminisce, then you are feeling the essence of the project perfectly. Pull up a chair and join us.